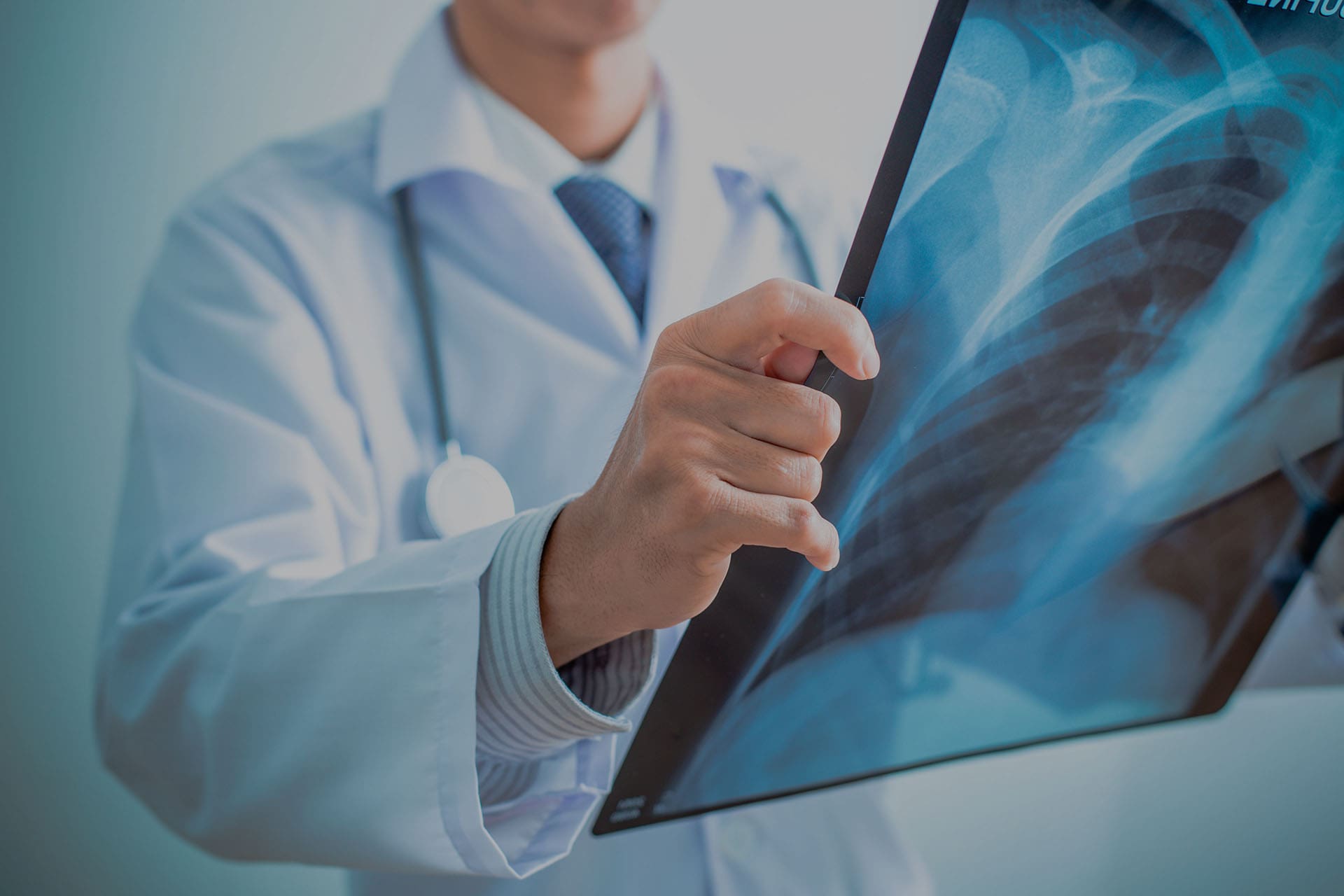 Dr. Ikram Nizam’s Research Article Abstracts that have been published in International Journals.

Bilateral hip arthrosis is commonly seen and two-staged bilateral Total Hip Arthroplasty (THA) is a preferred choice of treatment due to the fear of complications associated with one-stage bilateral procedures. However, many studies now indicate that the treatment option should be patient specific. We report two cases of one-stage bilateral anterior THA. First, a 54-year-old male operated over a year ago and second a 59-year-old female operated 6 weeks ago. Both presented with a long history of bilateral grade IV hip arthritis causing them severe pain, compromised gait and disturbed sleep. Post-surgery, they were mobilized within few hours after surgery as part of our enhanced recovery programme. There was a drastic increase in their Harris Hip Scores from 34.5 in case 1 and 19.2 in case 2 to 100 for both hips in both patients. They reported excellent recovery, regained normal gait pattern, returned quickly to their routine lifestyle and felt it was an economical option.

We conclude that one-stage bilateral bikini anterior THA is a preferred surgical option for patients with bilateral hip arthritis that are medically fit.

Question: When can patients drive after Knee Replacement Surgery?

Objectives Most patients want to resume normal activities as soon as possible after total knee arthroplasty (TKA), with driving an integral aspect to re-establish social and recreational independence. This study aimed to determine when patients resumed driving after TKA.

Methods All patients undergoing patient-specific instrumented (PSI) medial pivot TKA between January 2017 and April 2018 were included. Patients who did not drive were excluded. A detailed questionnaire was sent to patients 2 weeks after surgery to record their driving status. 50 patients were randomly selected to assess flexion at the hip, knee and ankle joints while seated in the driver’s seat of their own vehicle.

Conclusion A majority of patients resume driving within 3 weeks after undergoing a PSI TKA, regardless of operative side or transmission of vehicle.

Question: When can patients drive after anterior hip replacements?

Abstract-Introduction: Patients desire to return to normal activities soon after hip arthroplasty, with driving often being an integral component. We aimed to determine when patients resumed driving following a minimally invasive anterior bikini hip replacement and when they returned to work.

Methodology: All consecutive patients undergoing elective primary bikini hip replacements between January 2017 and April 2018 were included in the study. Patients who did not drive were excluded. A detailed questionnaire was sent to patients 3–6 weeks after surgery to record their driving status. Fifty patients were randomly selected to assess flexion at the hip, knee and ankle joints while seated in the driver’s seat of their own vehicle.

Conclusion: Surgeons may allow patients to resume driving within 1 week after anterior hip replacement and return to work within 3 weeks if they are medically fit and deemed safe.

Abstract-Introduction: We conducted this study to determine if the pre-surgical patient specific instrumented planning based on Computed Tomography (CT) scans can accurately predict each of the femoral and tibial resections performed through 3D printed cutting guides. The technique helps in optimization of component positioning determined by accurate bone resection and hence overall alignment thereby reducing errors. Methods: Prophecy evolution medial pivot patient specific instrumented knee replacement systems were used for end stage arthrosis in all consecutive cases over a period of 20 months by a single surgeon. All resections (4 femoral and 2 tibial) were measured using a vernier callipers intraoperatively. These respective measurements were then compared with the preoperative CT predicted bone resection surgical plan to determine margins of errors that were categorized into 7 groups (0 mm to ≥2.6 mm).

measurements there were no errors or deviations from the templated resection (0.0 mm).

Limited penetration of cobalt and chromium ions into the cerebrospinal fluid following metal on metal arthroplasty: a cross-sectional analysis

Question: Do metal ions penetrate easily through the blood brain barrier into the cerebrospinal fluid?

Background: The purpose of this study was to determine the concentration of cobalt (Co) and chromium (Cr) ions in synovial fluid, blood plasma and cerebrospinal fluid (CSF) of patients with metal-on-metal (MoM) implants, and to assess the relationship between implant history and patient characteristics with ion concentrations in CSF.

Methods: An observational, non-randomised cross-sectional study was conducted with patients presenting to a single surgeon for treatment of degenerative conditions of the hip and knee. Blood and fluid samples were collected intraoperatively and analysed for proteins and trace elements.

Results: Overall, the presence of an implant was associated with significantly higher Co and Cr concentrations in plasma (controls 5–115 nmol/L Co, 5–232 nmol/L Cr; well-functioning implant recipients 5–469 nmol/L Co, 5–608 nmol/L Cr; hip revisions 6–546 nmol/L Co, 5–573 nmol/L Cr), and for Cr concentrations in CSF (controls 5–24 nmol/L; well-functioning implant recipients 6–36 nmol/L, hip revisions 7–32 nmol/L). In absolute terms, <1% of the levels observed in the joint fluid and <15% of plasma metals appeared in the CSF. Multivariable regression models suggested different transfer mechanisms of Co and Cr to the CSF, with the presence of an implant not associated with ion levels.

Conclusion: The presence of MoM implants is associated with significantly higher plasma levels of Co and Cr but not CSF levels, and the CSF/plasma ratio appears to be influenced by the plasma concentration in a nonlinear fashion. Co and Cr may be transferred to the CSF by different mechanisms, and their concentrations appears dependent on other factors yet to be identified. Although higher levels of plasma ions are associated with above average CSF metal concentrations, the thresholds for neurotoxicity remain unclear and require further study.

Question: How effective is one-stage exchange arthroplasty in hip and knee joint infection?

BACKGROUND:  Periprosthetic joint infection (PJI) is a devastating complication of joint replacement surgery. In an aging population of the developed world, the increasing numbers of hip and knee replacements will inevitably lead to increasing incidence of PJI, carrying with (it) significant patient morbidity and cost to the health care system. Two-stage exchange arthroplasty is currently the gold standard but it is associated with multiple operations, prolonged hospitalization and impaired functionality. One-stage exchange arthroplasty is similar to the two-stage procedure but the interval between removal of the prosthesis and reimplantation of a new one is only a few minutes. It has the theoretical benefits of a single anesthetic, shorter hospitalization, less cost and improved function.

METHODS:  We reviewed the current literature regarding the outcomes of one-stage exchange arthroplasties focusing on re-infection rates and functional outcomes.

RESULTS:  Current themes around the one-stage exchange procedure include the indications for the procedure, definition of re-infection, surgical techniques used to provide fixation and differences in approach for hip and knee replacements.

CONCLUSION:  The current literature on one-stage exchange procedure is promising, with comparable results to two-stage revisions for hips and knees in selected patients. However, there is a great need for a large multi-centred randomized control trial, focusing on re-infection rates and functional scores postoperatively, to provide concrete guidelines in managing this complex condition.

We provide a single surgeon experience of 100 cases describing the technique of directing anterior approach to the hip through a bikini incision (bikini hip replacement) without a traction table preserving the branches of the external circumflex lateral vessels, antero-medial capsule and adjacent labrum with limited dissection of the tensor fascia-lata.

At an average of 17.2 months (7.1 to 24.1), we found no evidence of groin pain or residual numbness in the lateral thigh. 1 patient had a haematoma due to increased anticoagulation that resolved spontaneously. All components were well placed with no dislocations or leg length discrepancies until the most recent follow up.

In conclusion, this soft tissue sparing technique using the bikini incision direct anterior approach is safe and led to no incidence of groin pain or lateral thigh numbness at the most recent follow-up.